I’m 31, a father of two and I’ve been married for 9 years now. Every year I celebrate the birthdays of my children, wife and myself as well as another year of being happily married. There is one anniversary that was always missed and forgotten. Mainly because I don’t remember the day or the month that I put in my first dip, the one that lead to my addiction, but after 15 years it was time to stop celebrating every year, every day, every waking moment.

When I was about 8 years old, I grabbed my brothers Copenhagen, it was a really hot day in August and put some on my tongue. It burned like hell and made me feel dizzy. After my brother watched me do this he came over and said “let me give you a chew like a man”. Four fingers and a mouthful of grains later, I was barfing like no-ones business. My Grandmother thought it was heat exhaustion, so I spent the rest of the day laying on the couch next to a bucket being mad at my brother for getting me sick. How stupid was I?

High school was a great time, I was an athlete that outshone almost the whole state of Oregon, football, track, women. There wasn’t anything I couldn’t do. I prided my self for the pact that I made with my best friend, we would not drink until we got out of high school. Great idea! We were looked at by other kids as being “stronger” and “good examples” due to our resistance of alcohol. Then, when we were seniors, a friend brought into the mix some beech-nut, syrup in a leaf. It tasted good and you didn’t dare swallow any of it, Harmless. But after a few months we went to the heavy stuff, Hawkin. A real change, the bark dust like consistency was much stronger and still it had a good flavor. And like all processes we quickly lost that “first time feeling” and went to Kodiak. Tasted alright if you plugged your nose and it gave us that kick we ‘needed’ to keep going. How stupid were we?

Have you ever rolled your chew into tissue paper and stuck it between you cheek and gum to keep it from getting caught in the wires holding your jaw shut? Should have been a great time to quit, not realizing that you still had a jaw to break.

Fast forward a few years, Kodiak was not strong enough so Copenhagen with some Jim Beam poured in was the new rage. Got you going and the alcohol pre-mixed made it easier to get drunk without worrying about swallowing your dip. At this point, looking back, I was chewing just to satisfy a need, the first time feeling hadn’t been felt in years but it was cool and I enjoyed it. So there I was, 12 or more years since the summer I got so sick from chew I said I would never do it again. My how things change when it is presented in a different way. How stupid was that?

February 1st, 1997. My son was born, they day my life would change forever and the day I had promised my wife and my newborn son, before he was born, I would stop chewing. Liar.

March 22nd, 2001. My daughter was born, again there were promises, all broken. Liar.

Every New Years before and since, Liar.

Wake up in the morning and brush my teeth, put in a chew, shave and shower. Avoid snacks, had a chew in. Miss out on tasting things at the fair, sorry , dipping. “Don’t kiss me with that shit in you mouth”. Get ready for bed, take one last dip and try to remember to take it out before I went to sleep. Spilling black spit everywhere in my car, and driving around in a rainstorm with the windows down trying to air it out. “Don’t smile Phil, you have a dip in”. “You’re out of Kodiak? What kind of shit hole store is this?” And thousands more…..

I did quit once though. I told my wife one day that I was going to quit. Two months went by with out a dip. I was feeling good, I was sleeping better, I tasted food for the first time in alot of years. After two months though I was chewing again, that celebration dip got me. I hid the fact from my wife for another 11 months. She thought I had quit for over a year! Liar. I told her the truth and she looked at me with this look that I will never forget, distrust. Now I look back at that time, that look, and I feel like crying. A 5 dollar can of worm shit cost me one of the most valuable things you can possess, the trust and confidence of your spouse. How stupid was I?

So here I am, the 17th of May, 2002, eatin’ the shit out of sunflower seeds, keeping jolly rancher in business and tearing into green tea bags like a crack addict. Hell I am an addict, I would say was but I will always be, you can never get the innocence back. What is different now than then? I can think of one very specific incident that made me realize what I was doing.

I was fixing the exhaust on my wife’s mini-van, laying under it cussing and pounding. My can of Kodiak was within arms reach. Funny how you always loose the phillips screwdriver or your 12mm wrench but you chew is tracked like a home arrest criminal. I needed a ‘tightening up’ and I reached for my chew. Gone, no worries, I kicked it in my battle with the pipe clamp. I looked around and it was gone. The feeling that your child was lost welled over me and took control of my emotions. I asked my son if he saw it and he said “Daddy, why do you chew? I wish you would stop, it is bad for you and I don’t like it”. I found my chew, it was in a bucket in the neighbor’s yard, took one and realized, Hey my son is five, he knows more than I do about this crap in my lip he is concerned about me but I’m not, your his dad dumbf__k, HOW STUPID AM I?

So began my journey to stop, I again told my wife I was stopping and the reply was ‘I’ll believe it when I see it’. I am only three days into this but I will never dip again so writing this will not be in vain. There is help, MrYams, Bluesman, Rick, Justshawn, Holden, Kevin and all of the others that came before or I am just forgetting right now thank you, we quite literally have each others lives in our hands. If you are here reading this for the first time and considering stopping, I have one question How stupid are you? Not very if you are here, if you are a dipper, stop, right now, this second and never look back.

Used with permission from the Quit Smokeless Organization 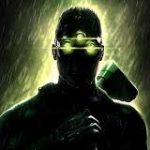